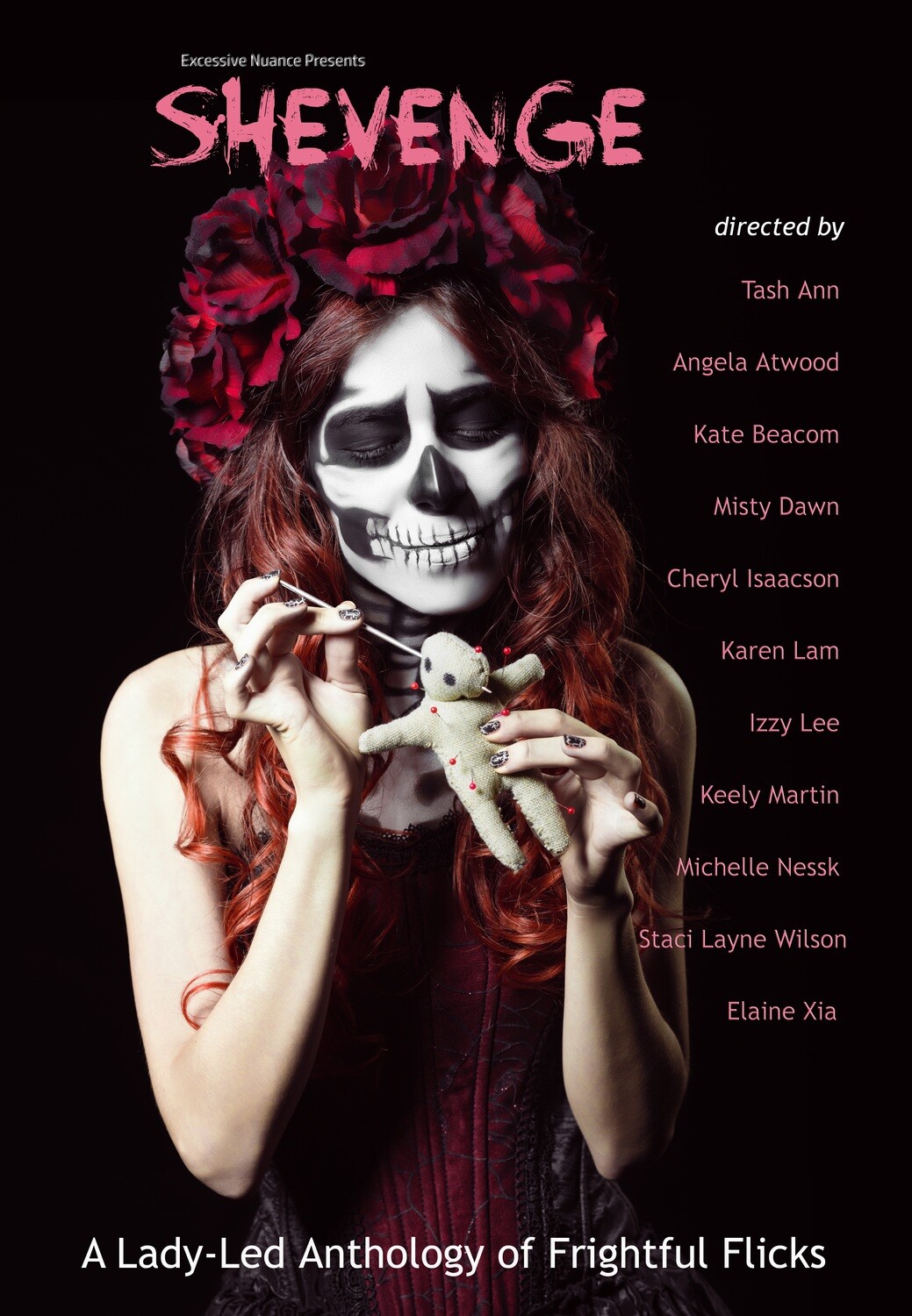 Shevenge is made up of 12 different flicks ranging from subtle psychological scares to all-out gore. Sociopaths, serial killers, spirits, and avenging angels abound. Karma is a Bitch is inspired by the notorious Michelle Carter, who was convicted in 2017 in her boyfriend’s texting-suicide murder case… but of course, there’s a twist. Gun-toting ladies demand equal pay in Glass Ceiling and they’ll get it one way or another. A murderous mom goes after the bad guys in Hooker Assassin. Other shorts include For A Good Time, Call… directed by Izzy Lee and starring Tristan Risk (American Mary), The Fetch directed by Cheryl Isaacson and starring Kathleen Wilhoite (Witchboard), and Psycho Therapy directed by Staci Layne Wilson and starring Brooke Lewis (Kinky Killers).

" I loved everything about this [anthology] and the special twists make the revenge that much sweeter." Pop Horror

Save this product for later