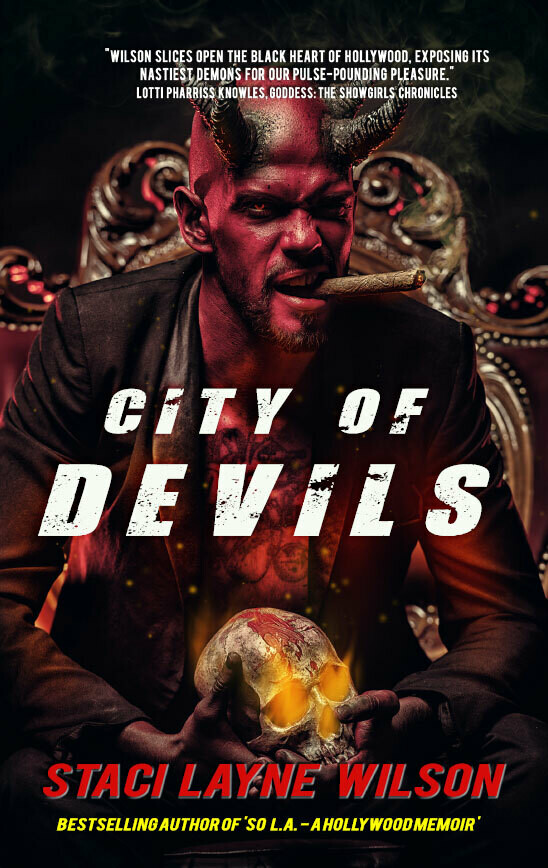 City of Devils: 13 Tales of the Uncanny, Unlucky & Unholy – Anthology

Los Angeles and Lucifer are a lot alike. They both seduce and lure with promises of wealth, fame, beauty, or love. But those promises are often empty; and even when they’re not, there’s a price to pay.

Come meet the denizens of City of Devils:

City of Devils is an intoxicating mixture of white-knuckle horror and laugh-out-loud gallows humor. – Daniel Love, producer: The Occult

Reader beware, you’re in for a scare! A travelogue through sinister L.A., accompanied by a soundtrack of sinful rock and roll, City of Devils will keep you awake all night. – Abigail Gibson, guide: Haunted Hollywood Tours.

Please let me know here if you would like the book signed to you, or just a signature.