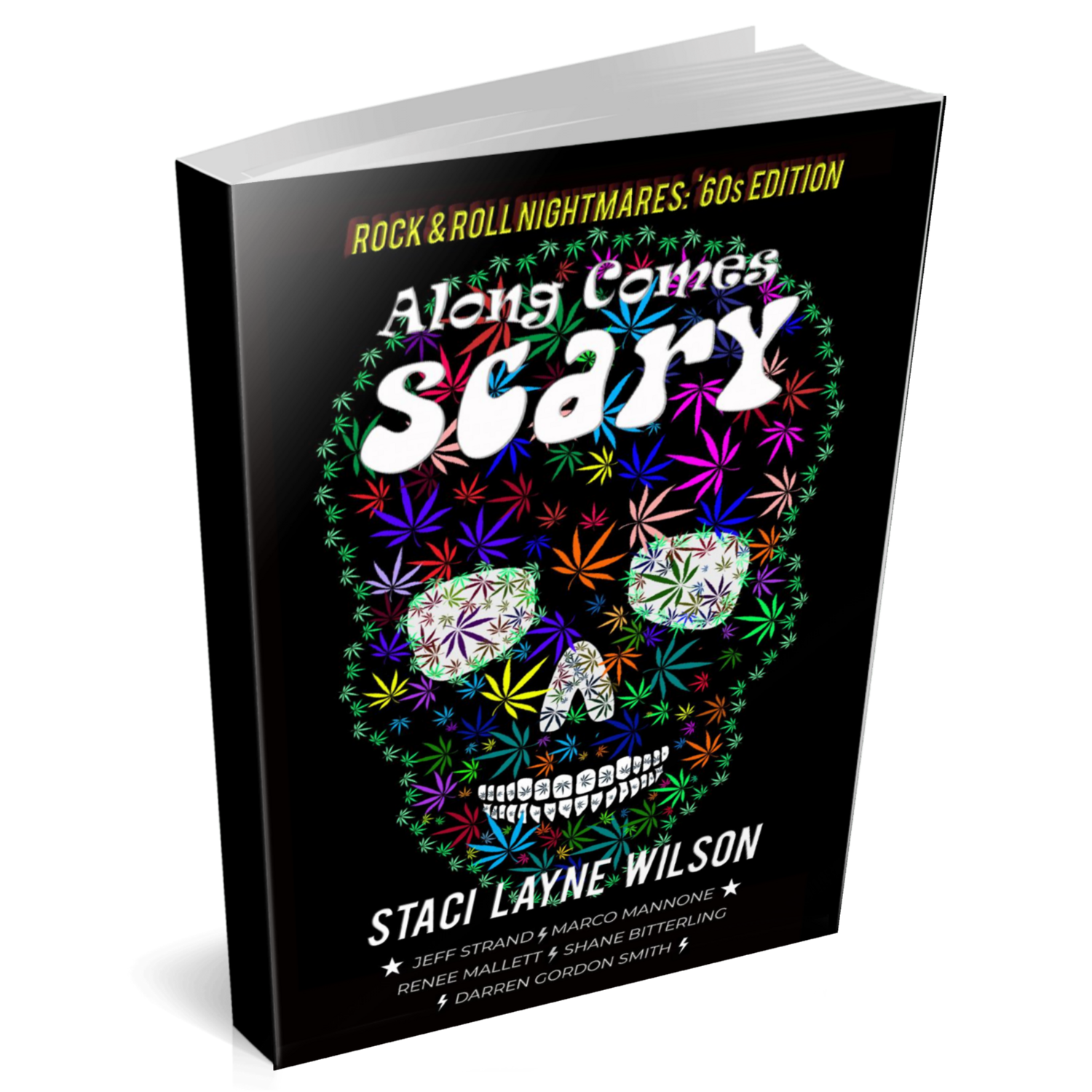 Tune in, turn on, and drop in to the rock & roll rabbit hole! Along Comes Scary is set in an alternate spooky ’60s where vampires play screaming guitars, hellbound hotrodders start a new trend on AM radio, and there are groupies who will do anything for a piece of their favorite band. Stories include Papa’s Got a Brand-New Body Bag, Hell-A Woman, and She’s Got a Ticket to Die.