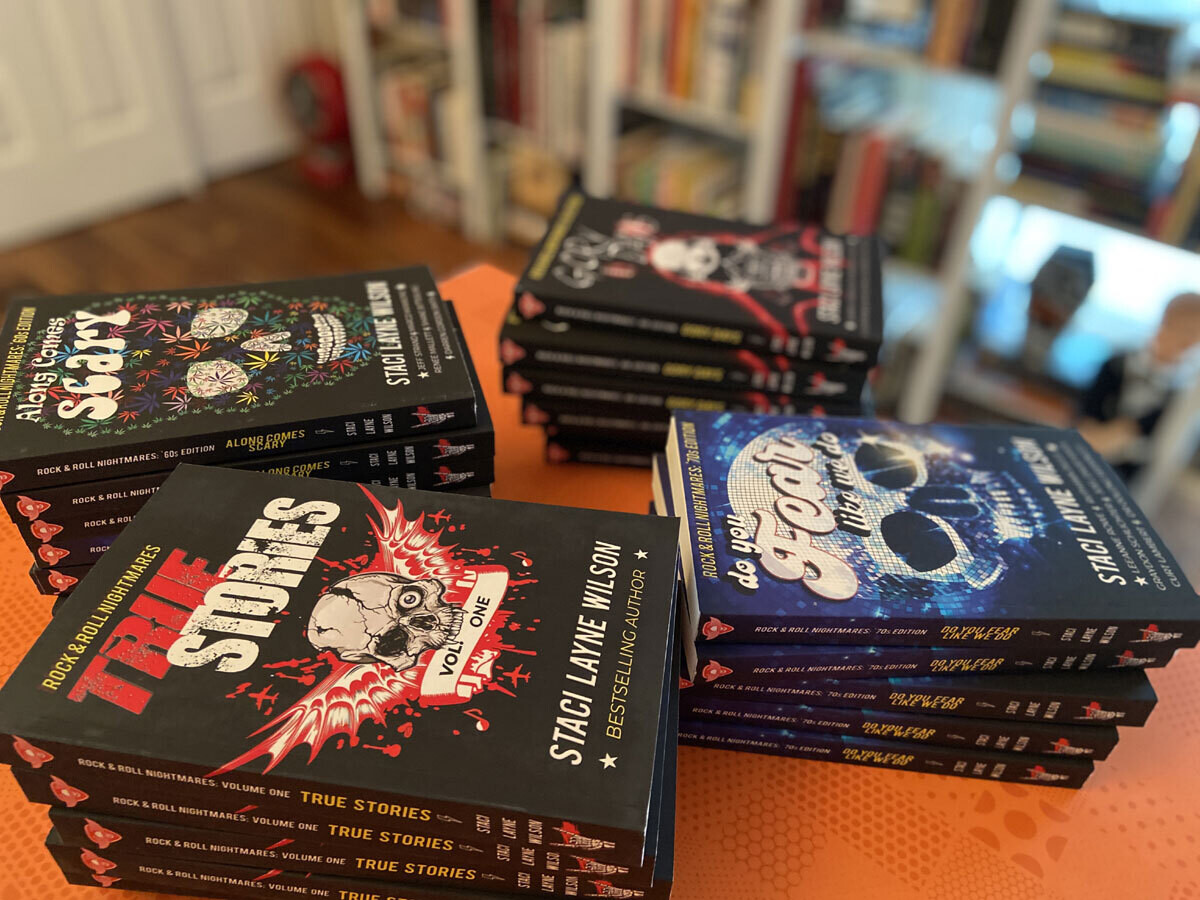 All 4 books in the Rock & Roll Nightmares Book Series for the price of 3!

Here you will read about:

Rock & Roll Nightmares: True Stories, Volume 1 is a meticulously-researched, up-to-date, entertaining, and shocking book that rounds up the tragic tales from the 1960s to the present day

Tune in, turn on, and drop in to the rock & roll rabbit hole! Along Comes Scary is set in an alternate spooky ’60s where vampires play screaming guitars, hellbound hotrodders start a new trend on AM radio, and there are groupies who will do anything for a piece of their favorite band. Stories include Papa’s Got a Brand-New Body Bag, Hell-A Woman, and She’s Got a Ticket to Die.

Take a chill pill, get ready to catch boogie fever, and turn it up to 11! Do You Fear Like We Do is set in an alternate scary ’70s where ‘disco inferno’ isn’t just a song title, an FM radio DJ who works the graveyard shift finds out what ‘catch you on the flipside’ really means, and a rock band faces death flying the not-so-friendly skies. Stories include Tiny Danger, Comfortably Dumb, and While My Guitar Gently Reaps.